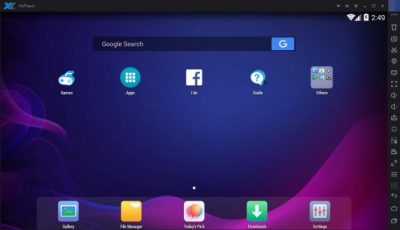 How to Play Apps/Games on PC with XePlayer Emulator

or Drag and drop the apk file from your PC Into XePlayer to install it.